How Electromagnetic Stress From Cell Phones Affects You 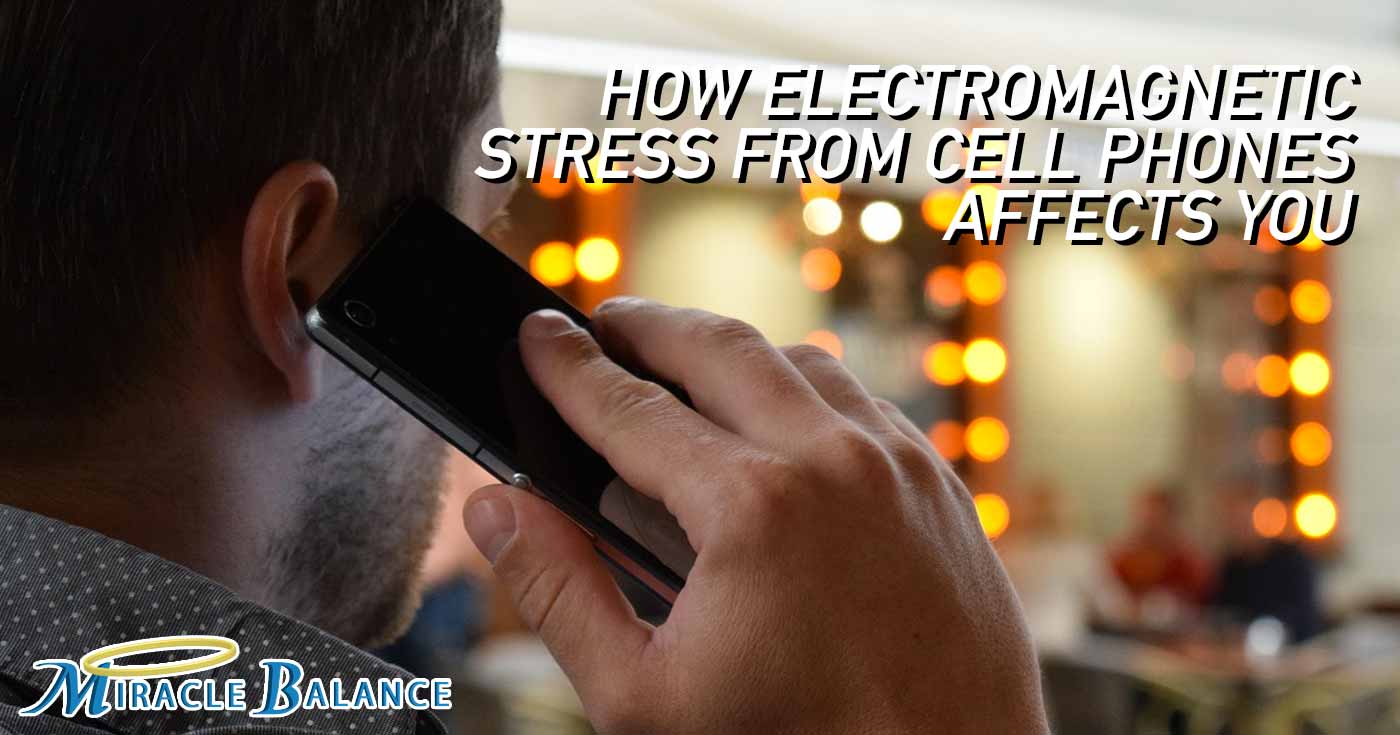 Cell phones have become necessities; people don’t go anywhere without their cell phones on them at all times. Wireless routers, radio wave signals and WIFI have become an integral part of our daily lives, which means our bodies are constantly exposed to harmful electromagnetic waves. If you and your phone are joined at the hip, it is time to consider protection from Electromagnetic Radiation (EMR).

How Cell Phones Affect Your Body

Mobile phones are portable; they are designed to be carried around. As a result, people are constantly exposed to two major types of EMR. Firstly, the cell phone’s electrical components emit a constant Extremely Low Energy Frequency (ELF), while the cellphones connectivity (WIFI and cell signal) emit Radio Frequency (RF).

RF is transferred through the cell phone’s antenna; it is strongest from the point of antenna and weakens as it travels. Therefore, the closer you are to your phone, the stronger the waves. Different cellphones have different strengths; however, all cellphones emit ER to some degree and so it is important to be aware of the risks involved.

​​EMR is a non-ionizing radio wave, which means it is not as harmful as ionizing waves (such as the sun’s UV rays). However, people remain unaware that EMR can in fact cause harmful effects on the body. Studies have shown that prolonged exposure can increase the risk of a number of health issues;for example, the International Agency for Research on Cancer (IARC) has identified IR as a possible carcinogen, which means that these radio waves are possible cancer-causing agents. Prolonged exposure to even low energy frequency waves may have irreversible long-term effects. Scientific studies on health effects of EMFs have revealed multiple health problems caused by EMR:

How to Prevent EMR from Harming the Body

At Miracle Balance, you can get a holographic protect disc that works to block the harmful electromagnetic pollution. This product does not block WIFI, as this will stop the cellphone from having signal. Rather, it is cleverly designed to neutralize electromagnetic stress in the body. By working with the body’s natural bio-energy field, these discs counterbalance the WIFI that is absorbed, keeping the body’s health at an optimal level. Our holographic discs’ are programed to hold a static field of scalar energy, which is set to different frequencies depending on your needs.

This technology can encourage our bodies regulation of its own energy fields, which improves the body’s health holistically. For example, increased circulation occurs as a result of regulated bio-energy. Circulation improves a number of health factors, such as reducing inflammation as it stimulates the body’s natural healing functions to work more effectively.

Miracle Balance provides a whole range of different scalar-infused energy products that can help with a wide variety of health problems, from aiding weight loss to reducing headache pain. As technology advances into the realm of 5G and beyond, we need to be cognizant of the scary effects on our health. Keep up to date with our advancements and products to take you into the future, such as the 5G Protect, by visiting our site and following us on social media.