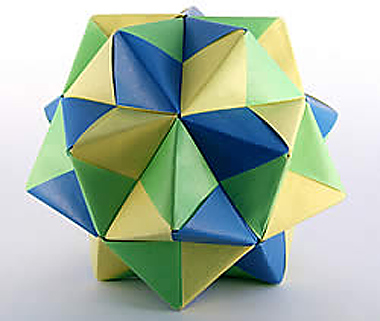 Geometric patterns influence the body’s ability to balance itself.

The patterns selected are to achieve balance, harmony, and influence the body for better health as they communicate through the body’s acupuncture meridians using the Miracle Balance discs.

Article
April 8, 2007 –
“As humans we have a relationship to space and the geometry of our environment. In fact, even the question of whether scientific concepts are innate is a tantalizing one for cognitive scientists. Now scientists studying villagers in a remote area of the Amazon report that core geometric concepts are part of basic human cognitive equipment,” from Hunter-Gatherers Grasp Geometry by Constance Holden.

Ancient cultures understood everything has a pattern, and that pattern is the key to creating a specific effect. Now with advent of scientific equipment, such surface mammography and other bio-feedback type machine, geometric shapes can be measured for the energetic effect they have on the human energy field.

The holographic Data Disc™ from Miracle Balance encompasses the use of basic geometry. Each hologram is carefully formulated in its design to support the on going study of the effect of geometry on the meridians of the human body.

One foundational geometric design of the Data Disc™ is derived from the Haramein-Rauscher solution to torque and Coriolis force as an amendment to Einstein’s field equations, which modifies the Kerr-Newman solution.

Also included in the geometric equation is the relationship of tones (music) to geometry. The discovery of the relationship of geometry and mathematics to music is attributed to Pythagoras but it wasn’t until 1969 when Hans Jenny, with the use of the tonoscope, showed how sounds both generates and influences patterns and shapes. With today’s equipment we can test how shapes and patterns influence the human body.

The use of geometric figures in the holographic disc by Miracle Balance is not to be confused with the contemporary usage of the term sacred geometry. Most often sacred geometry is used to assert mathematical order to the intrinsic nature of the universe and incorporate a spiritual meaning to geometric patterns vs. patterns arising directly from scientific principles.

Ancient geometry is concerned with the shape of individual objects, spatial relationships among various objects, and the properties of surrounding space. It is one of the oldest branches of mathematics, having arisen in response to such practical problems such as surveying land. Its name is derived from Greek words meaning “Earth measurement.”

Even the formation of the numbers used today in the United States and else where are based on geometry used in ancient times. The numbers are known as “Arabic” numbers but they were originally used by the early Phoenician traders to count and keep track of their trading accounts. The number 8 is based on the number of angles. 1 has 1 angle and 0 has no angles.

Also symbols and numbers such as the number 8 used in our holograms can be powerful in sports and everyday life.

An article in the April 2007 GolfDigest.com, called “The Innovators”, notes how using the figure 8 in front of your eyes during a round of golf in a simple exercise can relax the body, increase focus and can improve vision and performance.

Geometry, whether ancient or modern, has an impact on the body and is imbedded with the use of lasers into each of the proprietary holographic Data Disc. The geometric patterns are selected to achieve balance, harmony, and influence the body for better health as they communicate through the body’s acupuncture meridians.